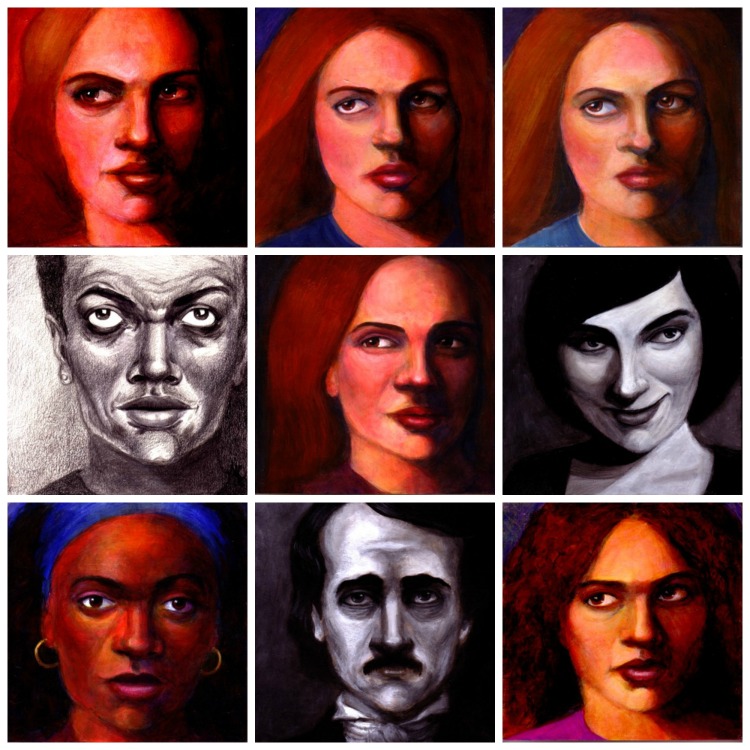 This winter I was invited again to show my work in the the Big 500 show in Portland, Oregon put on by Peoples Art of Portland .  It’s a yearly fundraising event benefiting the Oregon Food Bank.   Each artist is provided with  8″x 8″ panels and creates art that sells for $40.  A portion of the  proceeds of art sales from this one show provides several shelters with food for a few months over the year.

I received my invite in mid-October and managed to create 9 paintings by the December 6 deadline for submitted artwork.    I’ve never painted so quickly!   I painted four more paintings than I did for the show last year.

The show ran from December 13 through January 11.   Five of the paintings sold.  One of the sold paintings is this portrait of a young woman wearing a blue headband.  It was my favorite and I kind of hoped that I would get it back after the show, but I had the feeling that someone would snap it up.

I’ve been taking a break from painting this winter, but now that spring is almost here I’m getting my sketchbook out again.  We’ll see what happens in the coming months.

This site uses Akismet to reduce spam. Learn how your comment data is processed.